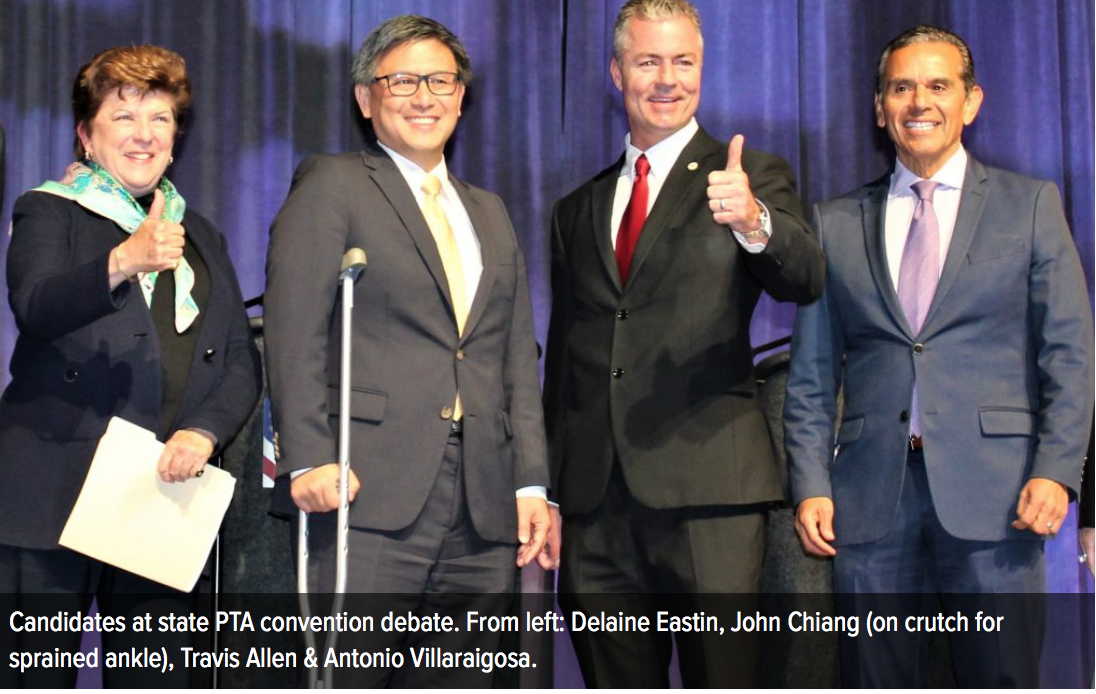 Eastin, the state’s top education executive for eight years ending in 2003, the only woman elected to the job, in contrast, said it was “absolutely disgraceful” that California’s per pupil spending was less than half of that in New York’s. In one of the most-cheered lines of the forum, Eastin took aim at Allen’s calls for more accountability without extra money for schools. “I tried to explain to my friend Mr. Allen that you don’t fatten a hog by weighing it more often,” Eastin said.